HOW OUR FAVORITE COMPOSERS TRANSITIONED INTO FILM

And what would their alternate careers be

It was never supposed to be easy, to create the circumstances in life where your music could be heard, celebrated, and mythicized by millions of movie-goers around the globe. The film industry has been a beautiful and chaotic blessing for all of us, that we honestly can’t think what life and our aspirations would be like without it. Yet for a small number of incredibly talented individuals in the business, what a journey has it been. But as they say, you create your own luck, it is not thrown on your lap or calls you at night. By pure wit, determination, and their unconditional love of music, these film composers made it to the top by being prepared for those unexpected opportunities when they were just starting out.

Since the early 2000s (perhaps even earlier), the sheer volume of young aspiring composers entering the industry has drastically increased to the point where, in many cases, the supply has simply exceeded the demand, making it a bit more difficult to find your footing in the business. But just like these composers, their path was neither straight or methodically proven; rather a series of interweaving actions and reactions which gradually propelled them to successful careers, Academy Awards, and all of the joys and stresses of getting to write music every day. They stuck with music, in all its forms and disciplines, and were able to sustain the cost of living by finding work in various areas.

So I thought it might be both interesting and therapeutic (just in case you’re having an early career crisis) to revisit some of the iconic names behind our favorite soundtracks, and briefly explore some of the circumstances they found themselves in before getting their big break.

Also just for fun, I’ve included an alternate career path for each composer, in case in some other life they were completely terrible at music and needed to pay the bills through other means.

Let’s begin with the first 5 composers on our list! 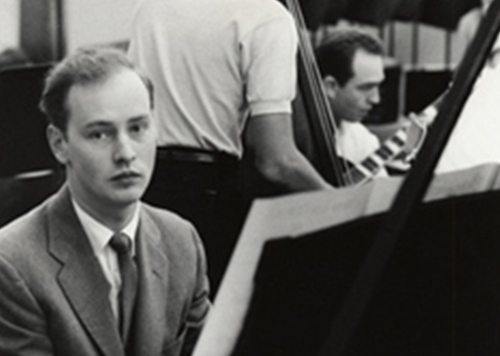 Contrary to popular belief, John Williams did not enter this world scoring the magnificent scene of his own birth, and he too had to slowly make his name around the various Hollywood music departments in the 50s & 60s. After graduating from Juilliard and working as a jazz pianist on the side, “Johnny” paid the bills by working as an orchestrator and studio pianist for other notable film composers of the time, such as Bernard Hermann and Alfred Newman (Thomas Newman’s father). In several interviews which you can find on YouTube, Williams mentions how he slowly moved up through the ranks; first as a versatile studio pianist in both classical and jazz repertoire, then assisting composers by occasionally orchestrating one or two scenes, which eventually led him to taking on more responsibilities orchestrating entire films and writing additional music, up until getting his first opportunity to compose original music for the 1958 film Daddy-O.

Alternate Career Path:
CIA Double Agent
Will literally charm you to death, and will make the crime scene subtle, yet memorable. 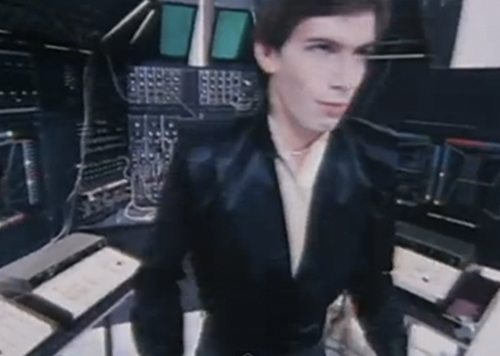 There’s no denying that Hans Zimmer is perhaps the most influential film composer of our generation, spawning that trademark hybrid electro-orchestral sound behind so many action, sci-fi, and dramatic films of the past 25 years. He is also responsible for giving so many other notable film composers their big break through his Remote Control studio. Zimmer was always a techy, and was able to experiment with synthesizers with bands such as Krakatoa, The Buggles, and Krisma, all part of the “new wave” movement of the 70s. After getting more steady work as a jingle writer and television show co-composer for Going for Gold (in which he credits the gig for paying his rent for a long time), it was his job on producing/programming The Last Emperor, and scoring Rain Man which finally introduced him to Hollywood. Director Barry Levinson’s wife had heard Zimmer’s score for A World Apart (his first solo credit), which she then recommended to Levinson and, as they say, the rest is history. 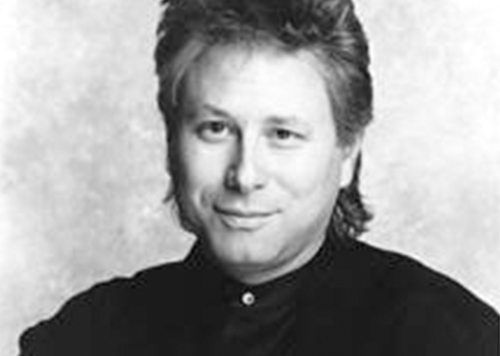 Alan was initially supposed to follow in the footsteps of his father and study to become a dentist. Luckily, he showed a lot of compositional prowess as a young man, that his parents were happy to support his musical endeavors. It was his original and captivating work as a performer, songwriter and composer for musical theatre, however, that provided him the opportunity to make the transition to Hollywood. After the success of the rock comedy musical Little Shop of Horrors, on which he collaborated with Howard Ashman, in 1989 Menken was brought on by Walt Disney Studios to write and score the animated film The Little Mermaid, spawning future classics in the Disney Renaissance of animated musicals, including Beauty and the Beast, Aladdin, Pocahontas, The Hunchback of Notre Dame, Hercules, among others. 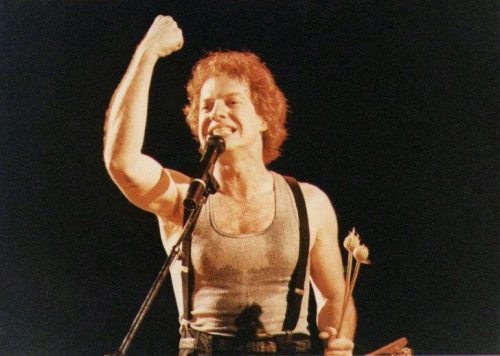 The Danny Elfman/Tim Burton combo is the type of working relationship all composers wish to have. Much like Williams/Spielberg or Zimmer/Nolan, there’s a powerful cinematic chemistry when you are able to create films on the back of decades-long relationships. The only double-edged sword for Elfman’s work with Burton, is that he sometimes gets typecast or pigeon-holed into a particular style or genre, simply because there’s a strong demand from a niche audience. Nevertheless, Danny Elfman is so much more than a gifted composer for whimsical noir, and his transition into film perfectly illustrates that. In his youth, “Danny” was a rocker; he and his brother had formed, toured, and recorded with the famous musical theatre art group Oingo Boingo during the 1970s. Even though at the time he had no knowledge of how to compose for the orchestra, he jumped at the opportunity to score Pee-wee’s Big Adventure after Tim Burton and Paul Reubens had become aware of Elfman’s unique musical style. In a 2015 interview with EW, Elfman recalls this experience:

“When I was with this theater troupe, the Mystic Knights, I wrote music for them to be played to my brother’s film Forbidden Zone, which is a late night cult film that still has a very loyal following. Tim knew of me through Oingo Boingo, but Paul Reubens knew of me through Forbidden Zone, and he made a note in his mind that he wanted to work with whoever did that. Even though it was five years later, he remembered that. So both things in my life had a hand in whatever made my name pop up between Tim and Paul.”

Check out the interview here, it’s a really good read!

Alternate Career Path:
Tattoo Parlor Owner
Will ink your forehead if you ask for a pretty butterfly. 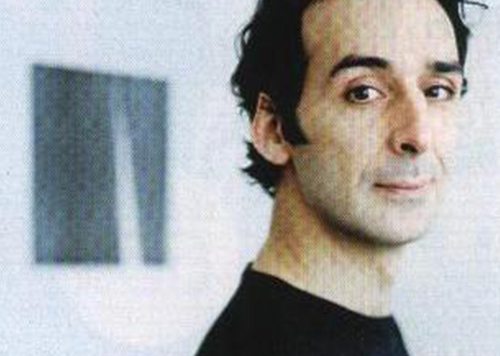 Desplat is perhaps the best example of someone who had always wanted to become a film composer, and was not introduced to film scoring “in”directly, as many of the other composers on this list. What would be useful to note in Desplat’s career is that even before scoring his first Hollywood film, Girl with the Pearl Earring, he was already an established and sought-after composer for French cinema, with over 100 films under his name. Apart from being one of my personal favorite composers to come from modern European cinema (along with Ennio Morricone and Dario Marianelli), his career path should serve as a good example as to why you shouldn’t underestimate your local film industry, and take the time to seek out those opportunities lurking behind your city’s film programs, film festivals, competitions, and community-based organizations. The more work you can do locally, the greater your networking radar will become, regardless of how globally interconnected we may seem with the internet today.

And that concludes our first five composers on the list. I hope this has inspired you to continue keeping an open mind as you progress through your career, since you’ll never know where your first or next film project could come from. Keep playing, writing, arranging, orchestrating, mixing, sampling, eating, drinking, networking, and composing! Perhaps you’re not currently composing for musical theatre or rock groups like some of these composers have done, but you may have already scored a few mobile video games or have licensed some trailer music, so keep adding projects to your portfolio as you never know who’s listening.

I hope you enjoyed this article, and if you’d like me to write more content on film music, let me know in the comments!

Isaias is a web designer and film composer, currently working with the Evenant team as a content manager to bring updated and useful content for aspiring composers and musicians. You can check out his music page at isaiasgarcia.ca, and his and his partner’s web design portfolio at ijdesigns.ca.

How to Write Adventure Orchestral Music

Trailer Music Analyzed: Behind the Process of Outlaw

Behind The Score: Inception

Two Steps To Make Melodies Stand Out In Any Arrangement

How To Mix Orchestral Music

A Practical Approach To Orchestration

9 Common Mixing Mistakes And How To Avoid Them

Structuring and Orchestrating Your Tracks

How To Create Massive Cinematic Hits

5 Tips To Improve Your Orchestral Mockups

3 Mindsets To Rapidly Improve As A Music Producer

How Much You Should Charge For Your Music

Out Of Time: Music and Design Challenge

10 Tips For A Successful Business

3 Simple Ways To Get Your Inspiration Back

Three Tips To Boost Your Productivity

Becoming A Digital Nomad: How Much Money Do You Need?

Why You Need To Outsource

5 Things You Should Do Every Day

Soon Your Job May Not Exist

Learn A Skill In No Time!

Why Creativity Matters: Told By A Former Marine

5 Apps You Should Be Using